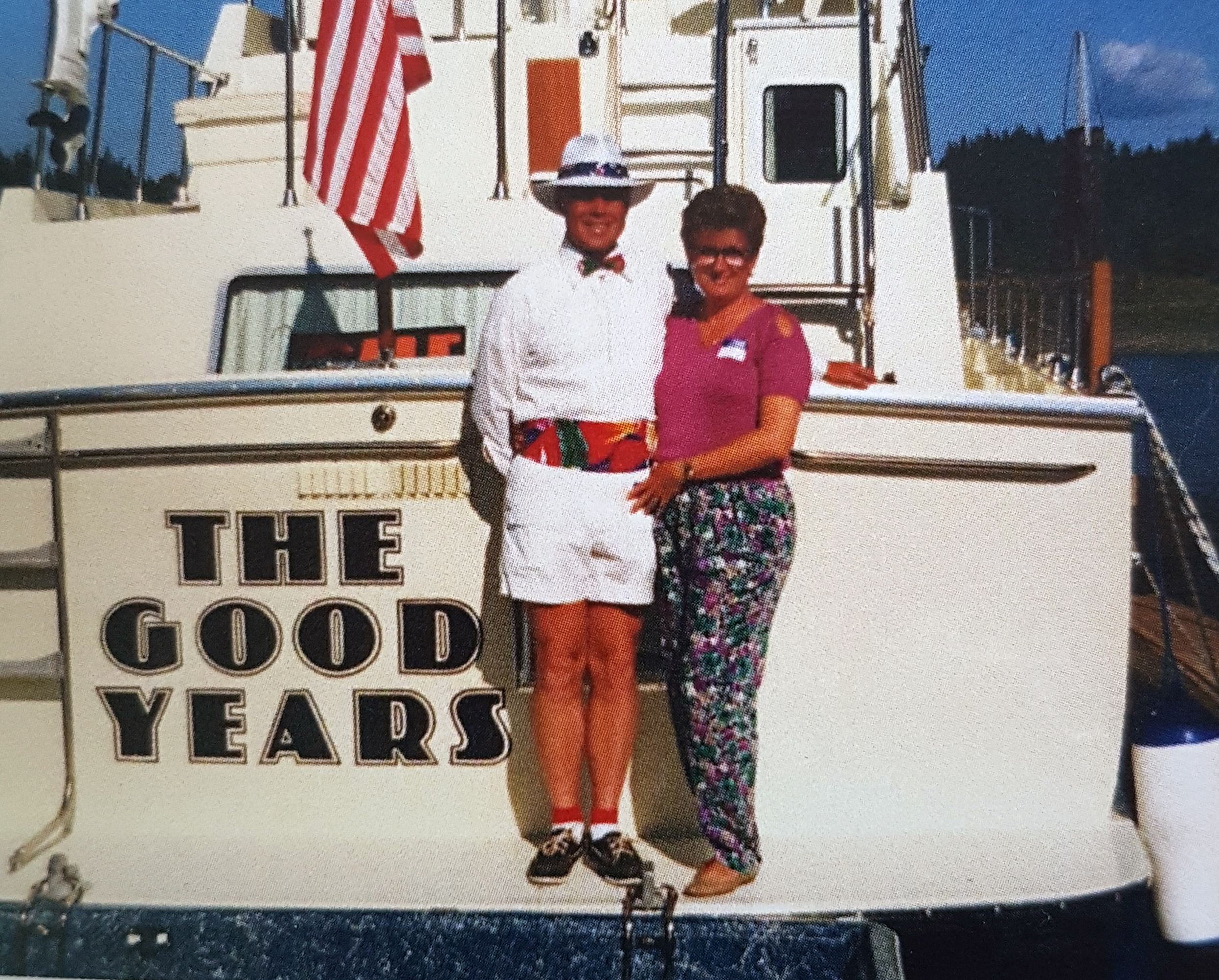 David Ellard was the 1st commodore of the Tollycraft Boating Club in 1995. Along with wife Pam, David was a member long before the club officially began in 1988.

They held the first rendezvous in 1985 with five boats in attendance. Later, in Poulsbo, 13 boats attended.

To generate club interest, David worked the boat show in the Kingdome at the Western Yacht Sales Tollycraft area.

In these early years, dues were about $20 a year and both David and Pam wore many “hats” within the club. One of these “hats” was spending hundreds of hours accumulating hull numbers, boat names and owners, Thanks to their hard work, the club grew resulting in David composing the basic club by-laws. David and Pam bought their beloved Tolly, “THE GOOD YEARS” in 1982. Now retired as a yacht captain, David and Pam live aboard their Tolly in Elliot Bay Marina.

If your Tolly is need of anything to do with prope

Fourteen years ago Clam Chop was rescued from the

With snow and colder temperatures forecast for our

Does your Tolly need some canvas work? Then club s

Welcome back to #TollyTuesday!!! Our first 2020 To

Sucia Island is a great spot to watch a sunset. An