The Story of R.M. “Tolly” Tollefson

1911 – Robert Merland “Tolly” Tollefson was born in Stites, Idaho on January 24. His parents Theo and Mae (Decker) raised him on their farm. 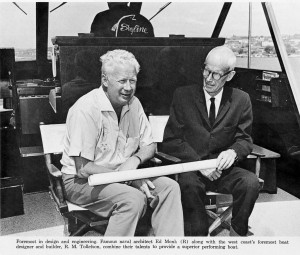 1919 – When Tolly was 8 years old, the family moved to Portland, Oregon. He attended the University of Oregon studying architecture for two years. When he was 22, he moved to Kelso, Washington were he worked in Real Estate and Insurance.

1941 – Tolly joined the United States Coast Guard when World War II broke out. Serving as a Lieutenant, he had many adventures including a tour of duty to the South Pacific as Captain of a 150-foot salvage/rescue tugboat for 18 months.

1946 – Tolly purchased a Central Lumberyard and Millwork plant operating it until a raging fire destroyed the plant in 1952. That same year he began Tollycraft Yachts with eight employees. The company soon narrowed the scope of its business activities to boat manufacturing.

1958 – Tollycraft built a plant in the Kelso Industrial Park on 14 acres of land and commenced operations in the new 65,000 square foot building in 1959. 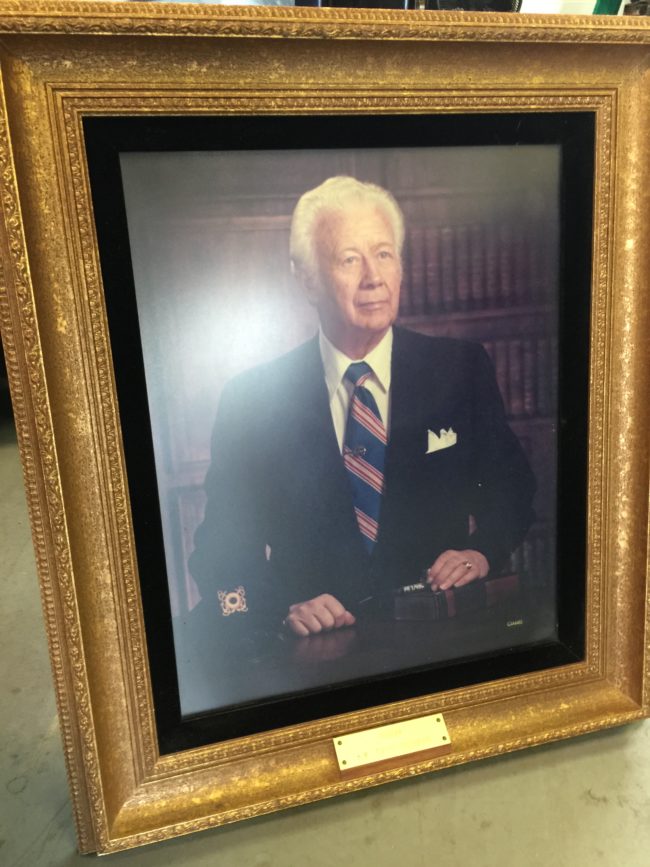 1967 – Tollycraft Yachts began manufacturing fiberglass hulls starting with the conversion of the 24′, 28′, 30′, and 34′ wooden hull designs into fiberglass.

1970 – The last wooden hull boat was built. The very successful 34′ Sedan was the first “keel up” fiberglass design, which sold 194 units in 11 years, and set the Tollycraft design trend for the 1970s.

1987 – Mr. Tollefson retired from Tollycraft and took a relaxed role in the marine industry as Chairman Emeritus of Tollycraft. Tollycraft Corporation,  then a  public company, was taken private and merged through a leveraged buyout into Olympic Equities, Inc. Thereafter, Olympic Equities, Inc. changed its name to Tollycraft Yachts Corporation. As with many leveraged buyouts of the 1980s, the transaction was ill fated and threatened the long-term financial stability of the company.

1988 -Tolly bought a condominium in Edmonds. His retirement allowed him to spend time enjoying his love of drawing and cruising those waters of the Pacific Northwest and Canada.

1991 – Tolly took delivery of his final yacht, “Tolly”, the now famous beautiful blue hull 48-foot Tollycraft Yacht. That same year, he moved into his home in Port Ludlow and moored his vessel at Port Ludlow Marina. For ten years, he cruised from Olympia to the San Juan Islands in Washington State and all points in between to the spectacular waters of Canada and the Canadian Gulf Islands, Desolation Sound, Princess Louise Inlet and one season taking a cruise to Alaska.

He attended nearly all of the Tollycraft Boating Club Rendezvous in Puget Sound and the Canadian Tollycruisers Rendezvous in Canada into his 90s until travel became too strenuous. He averaged over 200 engine hours on “Tolly” each year cruising and meeting old and new friends.

2001 – After the 2001 boating season and a long and extended cruising to many of his favorite ports of call, Tolly retired from active cruising and sold his blue hull Tollycraft, “Tolly”. Tolly continued to draw his “dream boats” at  home and enjoyed visiting with  friends and family. After becoming an armchair cruiser, he enjoyed watching with binoculars the boating traffic in Admiralty Inlet or at the marina from his reading room window while lighting up his pipe. Every now and then he would see one of his Tollycraft Yachts cruise by and through an old habit give a modest salute to one of his “family” members.

2005 – The club showcased Tolly and his legendary boats to the Seattle boating community in the 85th annual Opening Day of Boating Season Parade. Tolly was so excited to not only see 19 of the clubs’ boats in the parade, but also to see so many other Tollycrafts lining the parade route on the log boom.

2007 – “Tolly” Tollefson celebrated his 96th Birthday Party in Port Ludlow. There was a large turn out and some members of the Tollycraft Boating Club even wrote some very witty and memorable poems reciting them to Tolly as he graciously accepted their words of praise and friendship.

2009 – On Saturday, January 24, over 70 Tollyclub members, neighbors and friends made their way to Port Ludlow to celebrate Tolly’s 98th birthday with him. We even had four boats in the marina and a dozen Tollycruisers from Canada. Tolly was looking as good as ever and gave a nice talk about how much fun he has had over the years with all three clubs and his appreciation for the pride Tolly owners take in their boats.

2010 – Nearly 100 friends and members of the Tollycraft Boating Club gathered at the Harbormaster Restaurant in Port Ludlow to celebrate R.M. “Tolly” Tollefson’s 99th Birthday. Tolly was all smiles as we shared numerous cards and gifts with him.

2011 – In January, Tolly celebrated his 100th birthday. What do you get for a man of 100?  Probably the most important thing was the love and appreciation of 165 of Tolly’s biggest fans. It was pretty clear to all who attended just how happy Tolly was to receive the standing ovation as he entered the building with such a wonderfully warm smile. But who could have guessed that his smile would have been capable of growing even wider when Tolly was joined on stage by his complete Executive Staff of Tollycraft Corporation! Seeing such old and trusted friends surely brought a sparkle to his eye.

The event was capped off by everyone singing Happy Birthday to Tolly, led by the perfectly pitched choirs composed of the leaders of the Canadian, Portland and Seattle Tolly Clubs. Tolly said “Best Birthday Ever.”

On May 6, 2011 R.M. Tolly Tollefson passed away. His spirit will live forever in his legendary boats and his “Tollycraft Family.”